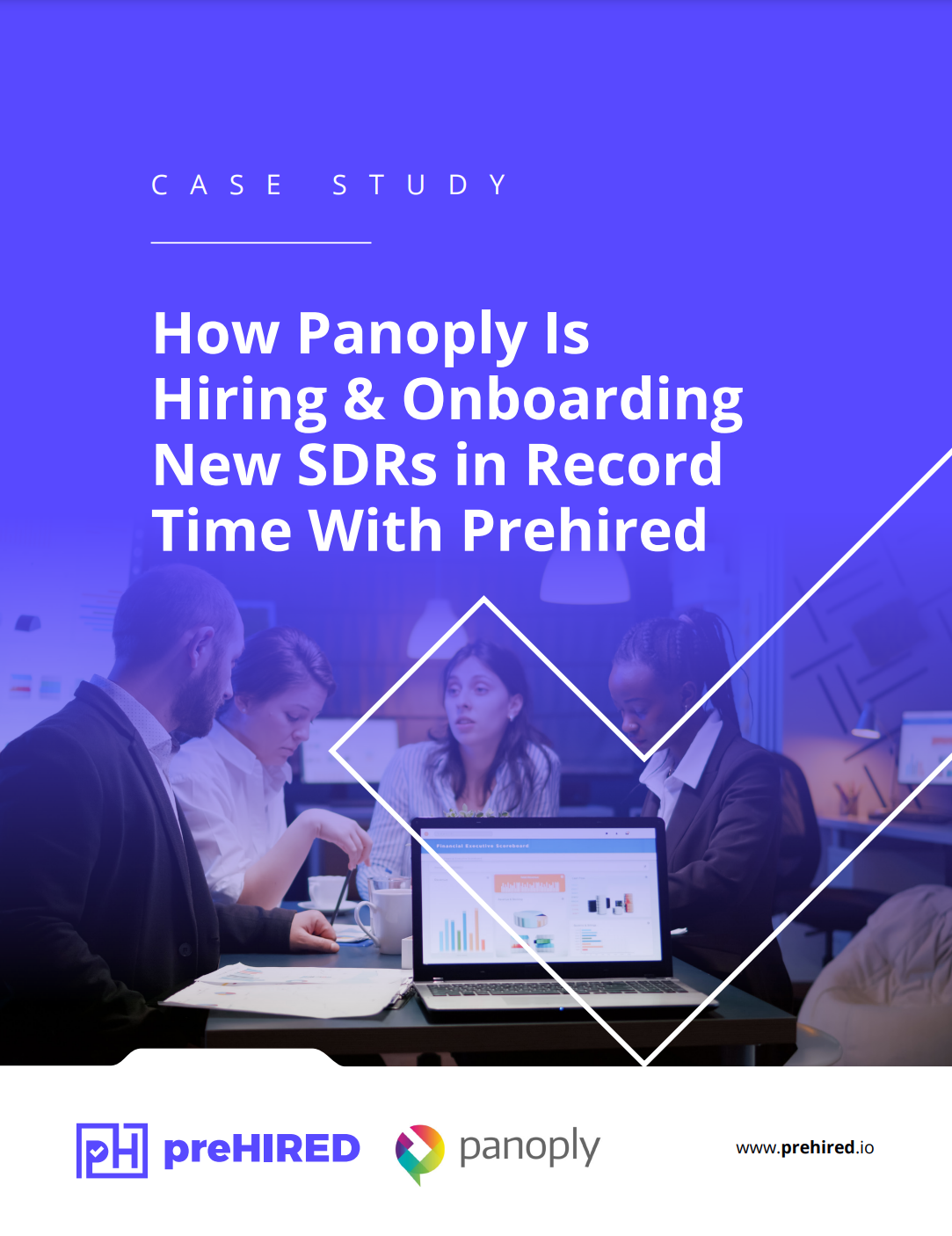 Read the story of how AJ, a Prehired member, changed the game for Panoply's Sales Development Team.

Thank you! Access the case study by pressing the button below -
Open Case Study
Oops! Something went wrong while submitting the form.

About This Case Study

Panoply was growing rapidly in 2020, and they quickly realized it was time to find an SDR who could electrify that growth. After months of searching, they reached out to the Partnerships team at Prehired, who sent them several hand-picked candidates.

Ajay Williams was one and stood out enough to land the role. According to Dillon Tucker, the Sales Development Manager at Panoply, Ajay’s results were exactly what they were looking for and more. Compared to previous years, their team is now bringing in more than twice the pipeline value.

Benefits of Hiring a Member

Prehired members are trained extensively and vetted before interviews

Prehired members ramp up faster than others.

Prehired members cost less than others.